Check out our ratings on  Yell.com

The most commonly encountered around the house are the common and German wasps with occasionally one of the tree or hedge species in the garden area. Hornets are our biggest wasp but despite their size and loud noise they are normally less aggressive than the smaller house species.
Queen wasps will find a suitable site to start a colony, chewing bark and dried timber mixed with saliva to produce an initial cell, which is smaller than a golf ball.
The queen will lay 10-20 eggs and throughout the summer increase the colony size sometimes up to 2000 – 3000 Wasps. We at Three Spires Pest Control have the best and safest ways of dealing with these pests.

The adult Bed bug is a flat oval insect about 6mm long and of a mahogany brown colour.
People tend to associate Bed bug infestations with dirt and squalor but nothing could be further from the truth with clean well run establishments suffering as well as the more likely premises. They will live in the vicinity of the host secreting themselves in minute crack and crevices around sleeping areas, as a rule of thumb if you can slide a piece of paper into a crack then a Bed bug can get in also.

The Norway rat (also known as the Common Sewer or Brown Rat) essentially an outdoor living animal and if found indoors will usually have originated outdoors.
Rats are classed as pests because they can transmit disease, cause damage to buildings and destroy food stores. The most common disease rats transmit is weils disease(Leptospirosis) which is transferred through rat urine, another is salmonellosis a type of food poisoning.

Pigeons are attracted to urban areas by the presence of food. Flocks of pigeons typically congregate on buildings and can create a nuisance including making noise, fouling and even property damage. They are also harmful to human health, caused by their droppings and the dust they leave. Diseases they can cause can be ornithosis and salmonellosis although it is rare. All wild birds including pigeons are protected by law and a licence is required to dispatch of these and other birds from the wildlife and countries act by English nature. We at Three Spires Pest Control are licenced to deal with them. 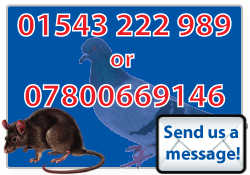 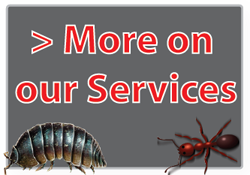 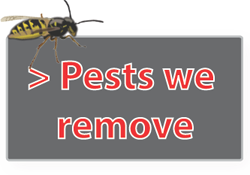